The choropleth maps are quite commonly used to show the distribution of any data variable in various areas of the map. Python has a list of libraries like geopandas, folium, bokeh, ipyleaflet, bqplot, etc which provides map plotting functionalities which include functionality for plotting choropleth map as well. We'll be discussing choropleth maps plotting using bqplot as a part of this tutorial. We have already covered tutorials on plotting various charts using bqplot. We have also created tutorials on the creation of choropleth maps using other python libraries. If you are interested in learning about them then please feel free to go through the links of the references section. As a part of this tutorial, we'll be concentrating on bqplot for choropleth maps using various datasets.

We'll be using below mentioned two datasets for plotting various choropleth maps. Both datasets are easily available from kaggle. We suggest that you download both datasets to follow along.

We have loaded both datasets as pandas dataframe.

Below we have loaded geo json files for the world, Europe, US states, and US counties which we'll be using in the future. We'll be using this geo json data for creating a mapping dictionary for mapping from the id of map feature (country, state, country, etc.) to the value of the data variable. We need to pass this mapping from feature id to data variables values to the bqplot plotting method.

Below we have created a method named map_data_to_color_mapping() which accepts map data which is geo json data loaded earlier as the first parameter and column from the dataframe as the second attribute and returns mapping from feature id to dataframe column value.

The below cell includes the total code for creating a choropleth map using bqplot.

First, we have created a map object using Map() constructor passing it mapping from feature id to data variable, world map geo json data, scales, projection. We have used a Mercator projection for our purpose. We have also provided the default color as grey which will be used when mapping for any feature is not available.

Then we have created a color axis using a color scale. We also have included a tooltip that will highlight the happiness score for each country when the mouse hovers over it.

At last, we have created a figure by combining, map object, and axis. We have also provided the title and title style to the Figure() constructor.

The choropleth created below is based on the bqplot internal object model API. If you are interested in learning about chart creating using it then please feel free to explore our tutorial on the same to get the in-depth ideas. 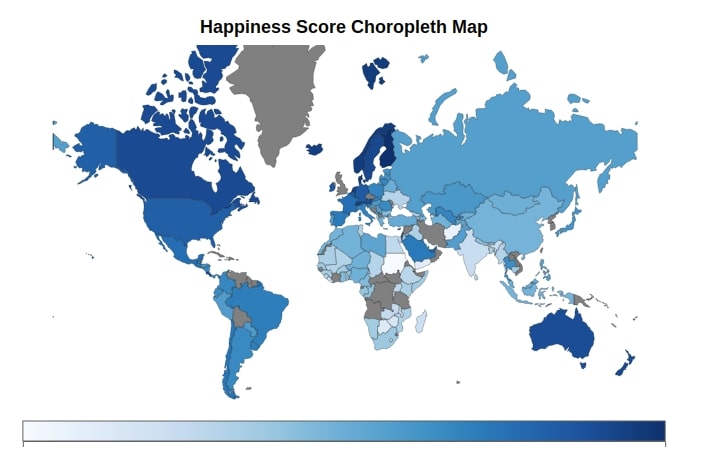 The second choropleth map that we have created using bqplot is the world countries’ GDP per capita choropleth map. We have used exactly the same code as the last example with only a change in the column name from the dataframe which is now GDP per capita. We have also used different colormap. 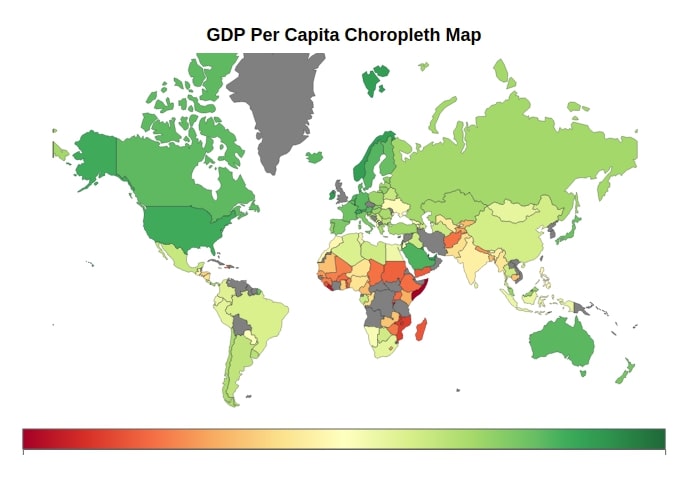 The third choropleth map depicts the life expectancy of various countries on earth. We have used exactly the same code as previous examples with only change in column name and colormap. 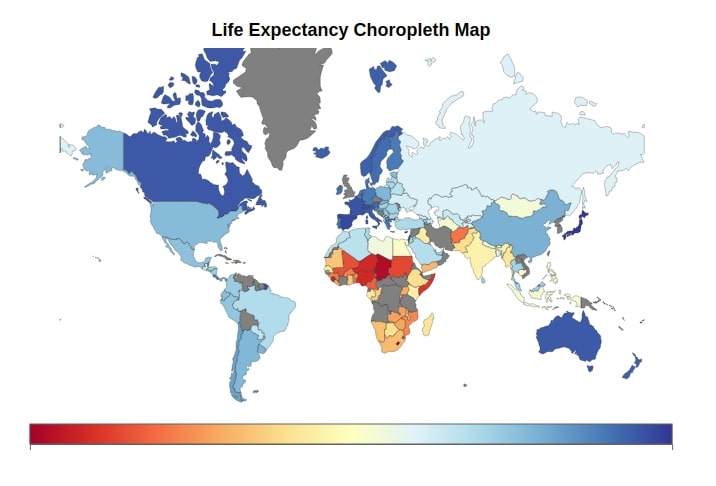 The fourth colormap is also a world choropleth map where the perception of corruption for each country is presented with different colors based on corruption values in the world happiness dataframe. 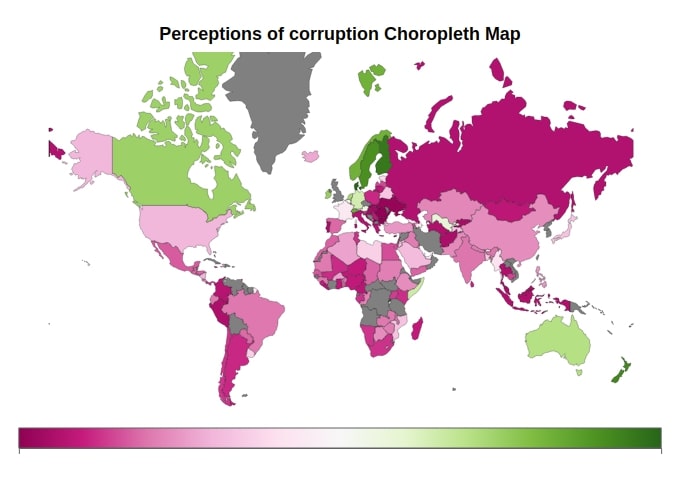 We have created the same method as earlier which takes geo json data and column from the dataframe as input and returns mapping from features id to data variable values. 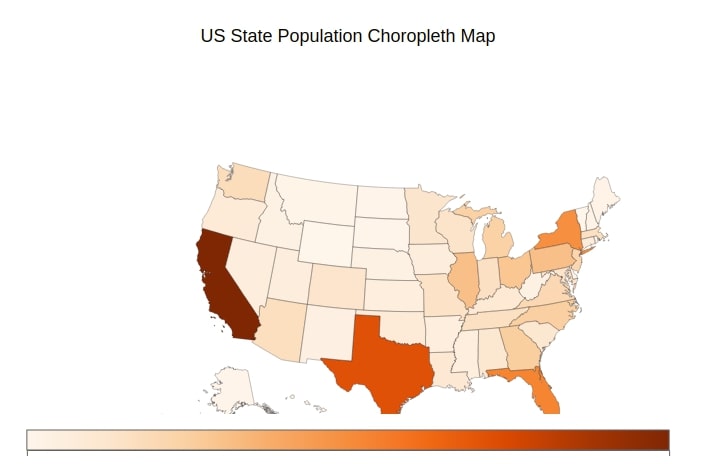 This ends our small tutorial explaining how to plot choropleth maps using bqplot. Please feel free to let us know your views in the comments section.