The cufflinks library provides a wrapper around pandas so that we can create an interactive plotly chart directly from it by calling iplot() or figure() method on the dataframe. The iplot() API is almost the same as that of plot() API which generates charts based on matplotlib. We have already covered a tutorial explaining how to generate various charts using cufflinks in a separate tutorial. We recommend that you go through that tutorial if you do not have a background on cufflinks.

We'll be using below mentioned 2 datasets for plotting various maps. Both datasets are easily available from kaggle. We suggest that you download both datasets to follow along with the tutorial.

We have loaded both datasets as pandas dataframe.

We can plot a scatter map from the pandas dataframe by calling the figure() method on it and passing the kind parameter value as scattergeo. We also need to pass latitude and longitude column names to lat and lon parameters of the figure() method. We have also passed the Store Name column to the text parameter so that when a mouse hovers over any point in the chart, the name of that store will be displayed in a tooltip.

Below we have plotted a scatter chart of Starbucks store locations worldwide. We can clearly see a high amount of store concentration in the US, Europe, and China. 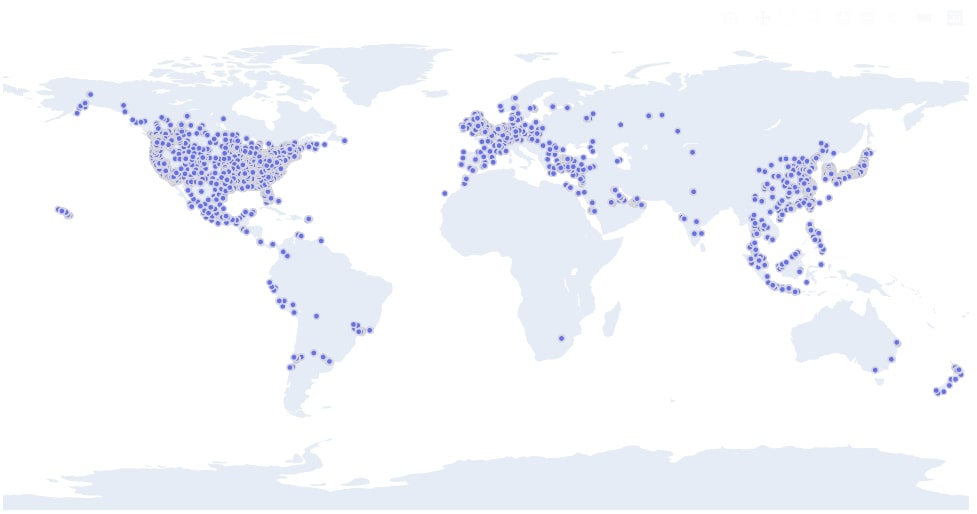 Below we have created another scatter chart exactly the same way as the previous step. We have plotted scatter chart for stores only located in the US. We have added one more parameter which is projection. We need to override the default projection which plots points on the world map to the USA map. We have set albers usa as a projection in order to highlight only the US map.

We can see a high concentration of Starbucks stores in the east and west coast of the US. 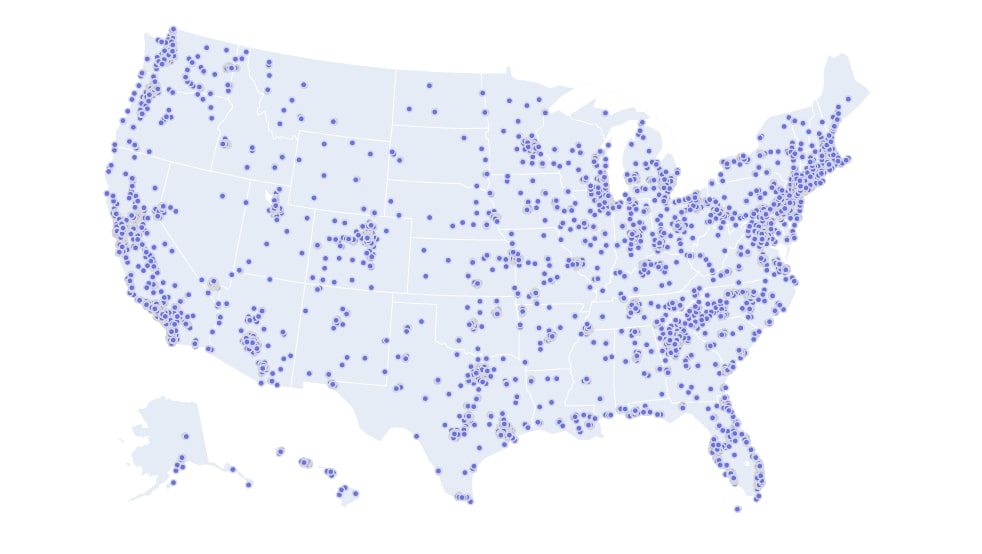 We have below loaded geopandas library and data frame which has information about each country of the world as well as their ISO codes.

We are merging the geopandas dataframe with the world happiness dataframe so that the final dataframe will have ISO codes for each country present in it.

We can easily create a choropleth map from the world dataframe by calling iplot() method on it and passing the kind parameter as choropleth. Apart from chart kind, we also need to pass two other important parameters which are locations and z. The locations parameter will be used to map ISO codes in the choropleth map and the z parameter will be used to map the value for that code. We have used the iso_a3 column as a locations column because it has ISO codes for each country and pop_est as z parameter as it has population data for each country.

We have first created a choropleth map of the world population. We have used Reds as the color palette of the map. We can see from chart high concentration of the population in China and India. 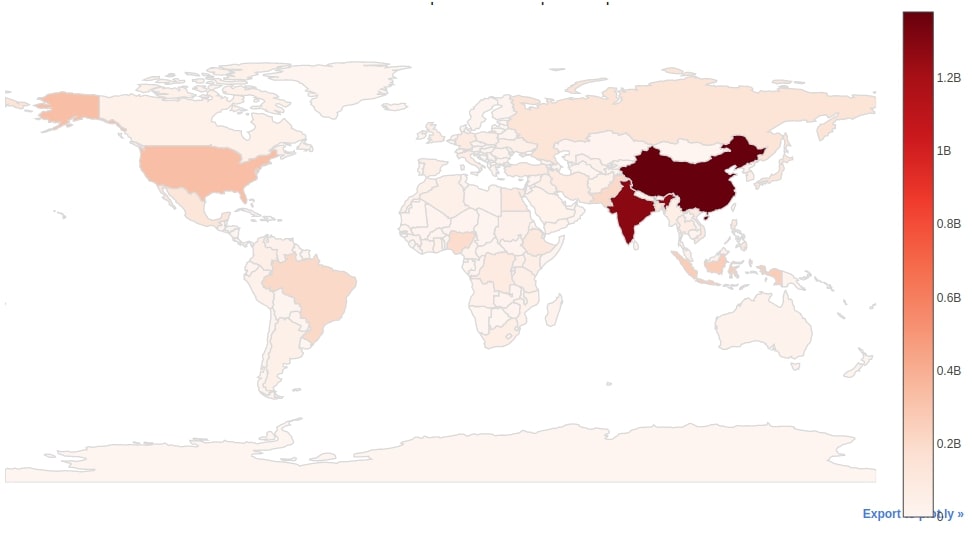 Below we have created another choropleth map which is created with exactly the same code as the previous chart with only difference in the column used for the z parameter and color palette. We have plotted a choropleth map showing happiness for each country of the world. 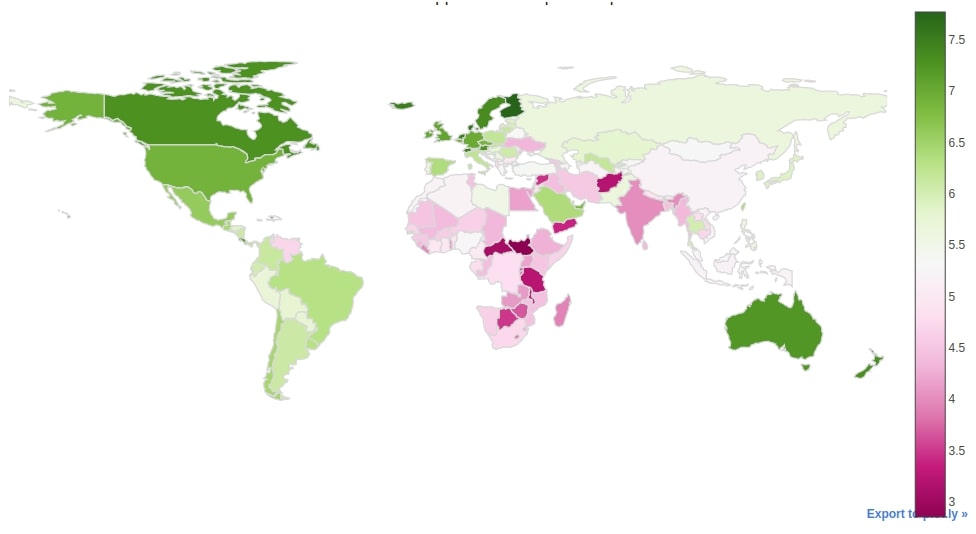 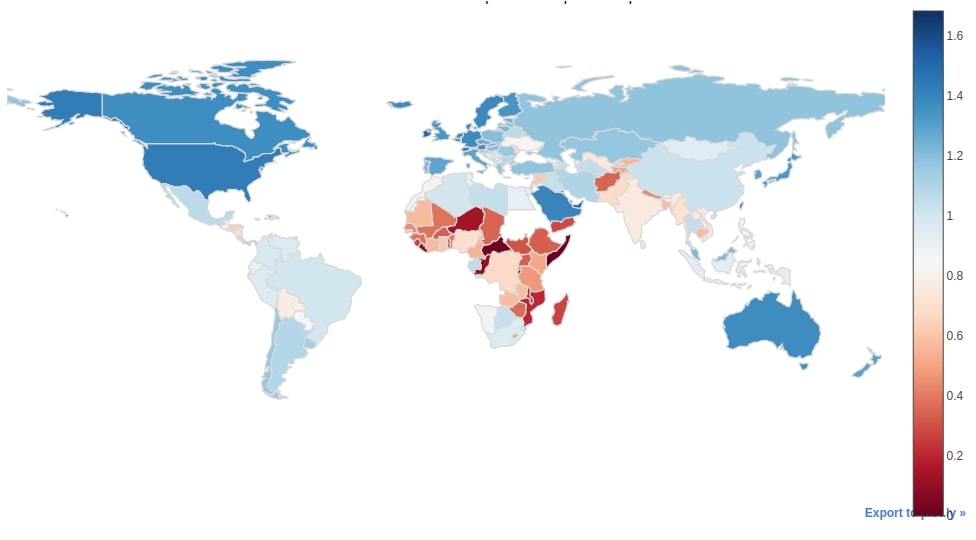 The fourth choropleth map that we'll be creating will show the distribution of Starbucks stores per each US state. We have hence created a new dataframe below which has information about the count of Starbucks store per each state of the US.

We can easily create a choropleth map from the us_stores dataframe by calling iplot() method on it. We have used State/Province column as locations column and Count column as z column. We also have introduced two more parameters (locationmode and projection) which are needed in the case of the USA. These two parameters will help us show only the US map. If we don't provide these parameters then it'll show the whole world map which is not needed as we only need to see the US map. 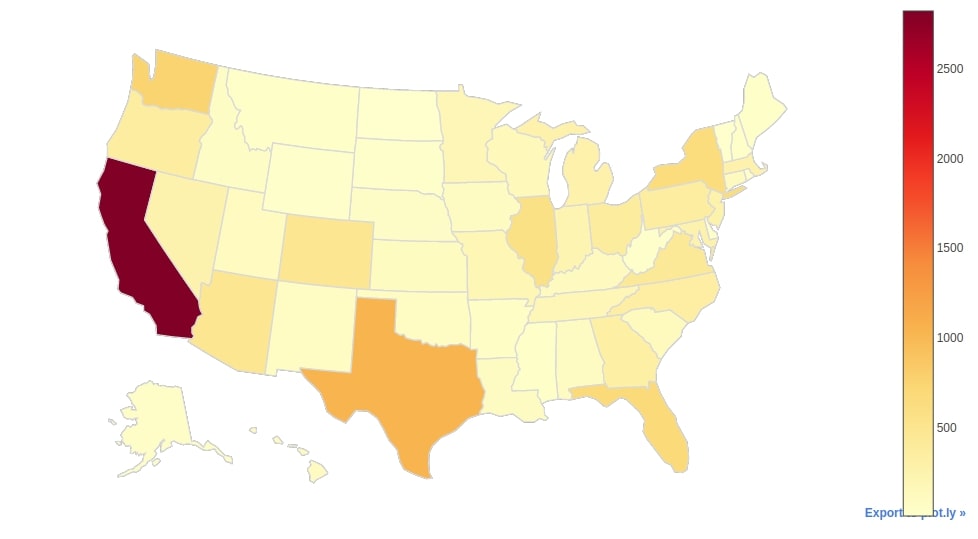 This ends our small tutorial explaining how to create scatter maps and choropleth maps from cufflinks using one line of code. Please feel free to let us know your views in the comments section.