Bokeh has been the go-to library for many python data scientists for visualization purposes. Bokeh provides good support for handling and visualizing geospatial data. We have already covered the basics of bokeh in other tutorials and will be covering about plotting interactive maps using bokeh in this tutorial. Bokeh provides an easy interface to access various map tiles from tile providers which provide different types of maps which can be used as a base plot on which other scatter plot, connection lines can be plotted. We'll be primarily plotting three different maps using bokeh in this tutorial.

We suggest that you download the datasets and follow along with us using the same datasets to better understand the material and get an in-depth idea about the whole process. We'll first load the datasets as pandas dataframe and aggregate it in various ways to create different chord diagrams.

Please make a note that original brazil flights dataset is quite big with size of 600+ MB and nearly 2.5 Mn rows. If you have low RAM then you can use nrows attribute of read_csv() method to load only first few thousand entries to follow along with tutorial without getting stuck. We have loaded only 100k entries for making things simple for explanation purpose.

The process of plotting a map using a bokeh consists of a few steps.

Below we have created the first simple map which highlights a particular area of the world using WIKIMEDIA projection. It’s a tile provided by Wikipedia. We have simply followed the above steps without adding new glyphs on the chart. Please make a note that we have provided x and y range of charts as web Mercator projection data. 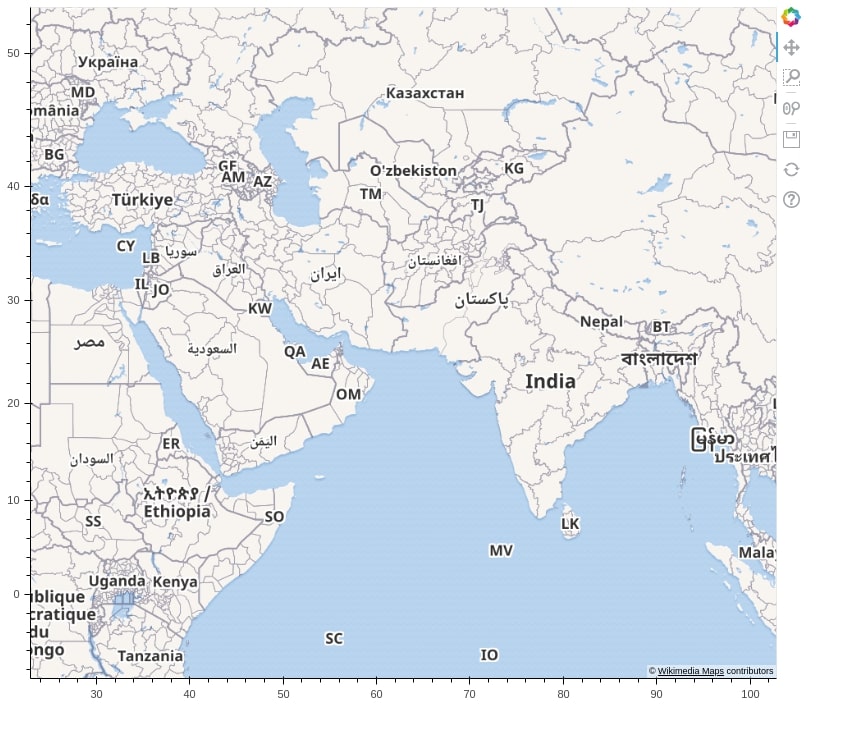 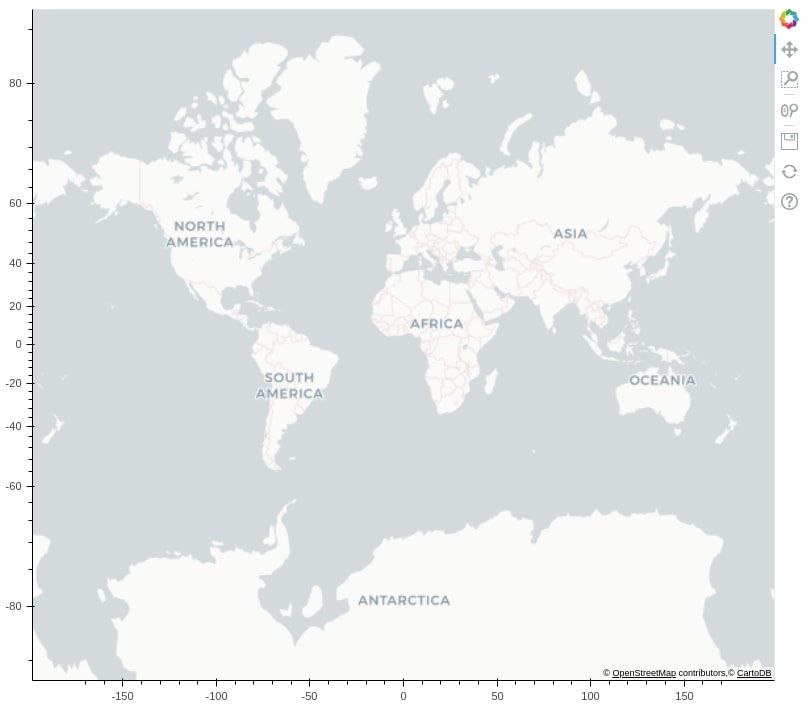 Below we are creating our first scatter map using bokeh. We are the first filtering rows of Starbucks locations and keeping only rows where the country is the US. We are then converting store locations data present in latitude and longitude to web Mercator projection data. We are setting that mapped data into the pandas dataframe. We have then used that data for plotting circles on top of the US Map. We have used WIKIMEDIA projection this time.

We also have used tooltip which highlights latitude, longitude, state, and name of the store when someone hovers over any point in the scatter map. 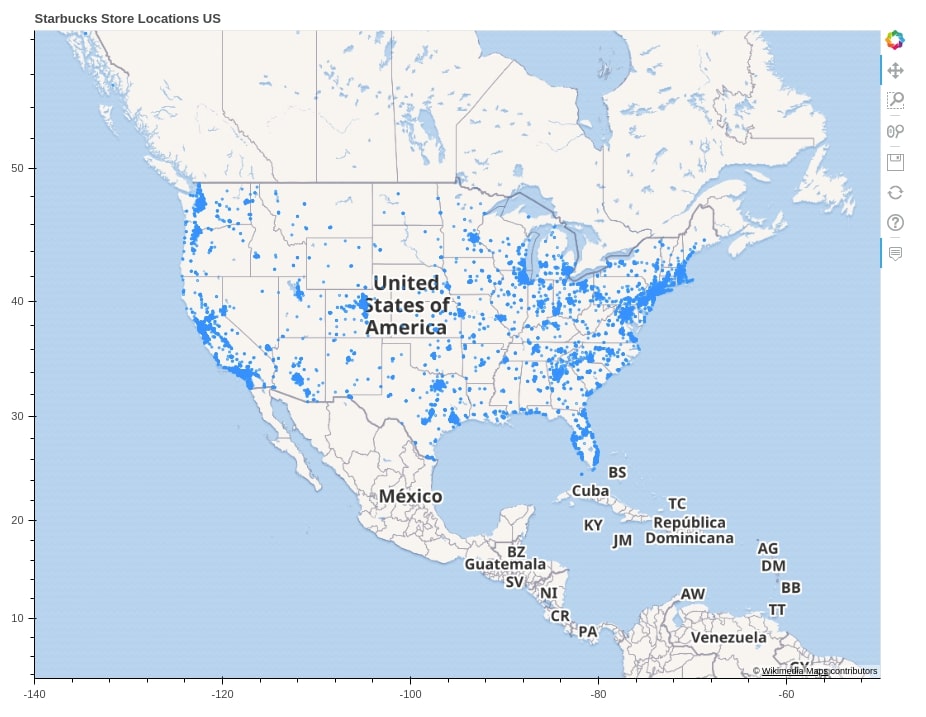 We have then used the final dataframe to plot a scatter chart on world maps. We have also used tooltip which highlights state name, store count per state, latitude, and longitude of state information when someone hovers over any point in the chart. 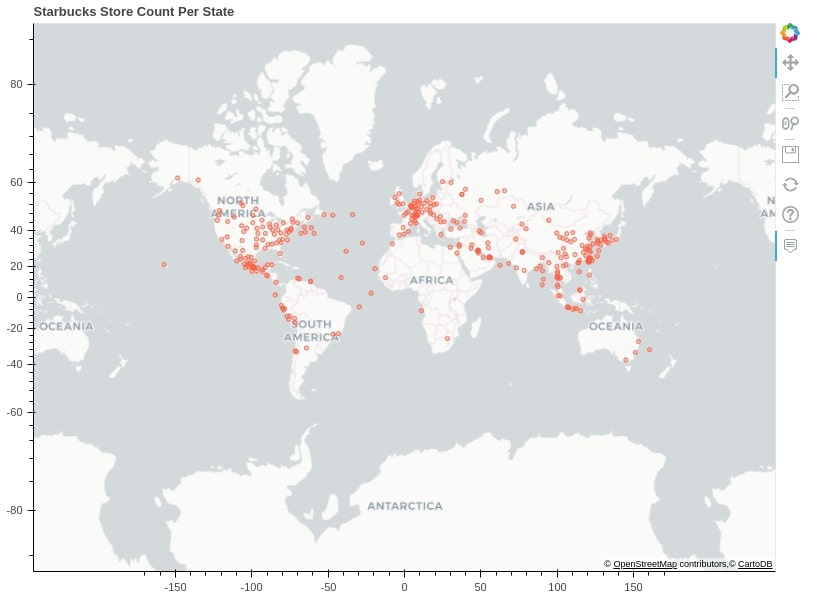 Flights From Brazil To Other Countries Connection Map¶

The second type of chart that we'll be plotting using bokeh is a connection map. We'll follow the same steps as mentioned earlier but will use the Brazil flight dataset this time for explanation purposes.

The connection map that we'll plot using the Brazil flights dataset will show flights from brazil to all other countries along with their count when hovered over the endpoint of the edge. We'll first filter the brazil flight dataset to keep only rows where the source country is brazil. We'll then aggregate data to keep all combinations of flights from Brazil to other countries to get a count of flights from brazil to all other countries. We'll then convert source and destination latitude/longitude data to web Mercator projection and add it to the dataframe for later use. 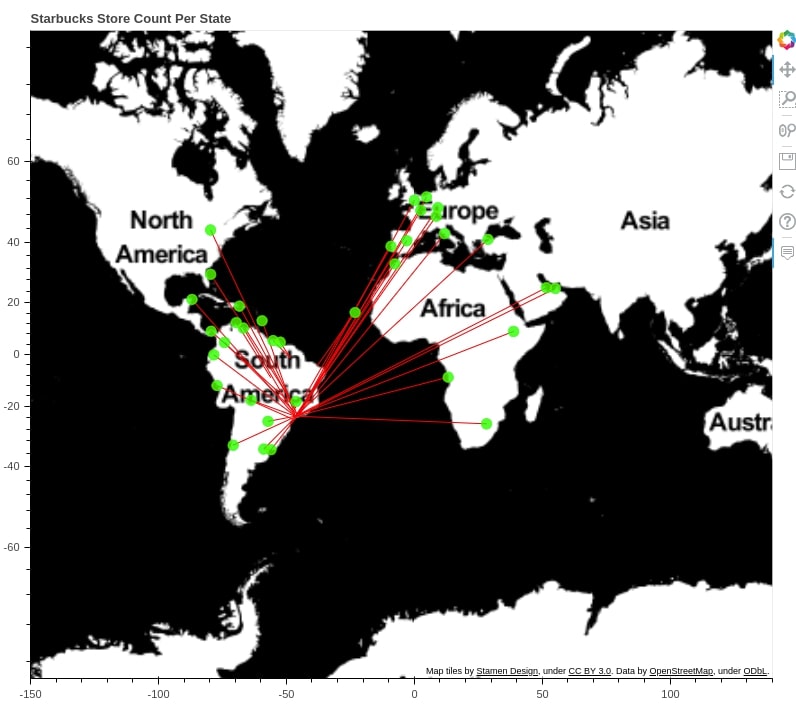 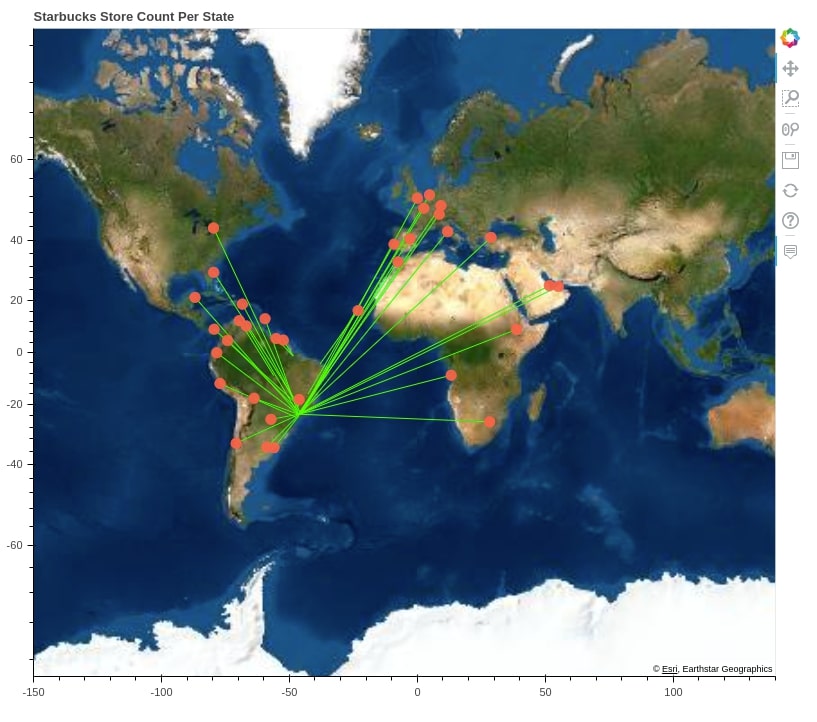 The first choropleth map that we'll plot using bokeh is Starbucks store count per US states. It'll color code states of the US according to the count of Starbucks stores in that state.

We'll be first loading US states boundary data which is available in bokeh as a part of bokeh.sampledata.us_states. We'll load it as a pandas dataframe so that we have each state’s boundary latitude and longitude data. We'll be using this list of latitude and longitudes to create a polygon consisting of the US state by using the patches() glyph of bokeh. We have also merged Starbucks store counts per state data with this boundary data so that we have all data available in a single dataframe.

We have then created single dictionary consisting of this data which will be used as a source of a choropleth map. We have used bokeh LogColorMapper which maps the count of store per state to a particular color in the selected color palette. 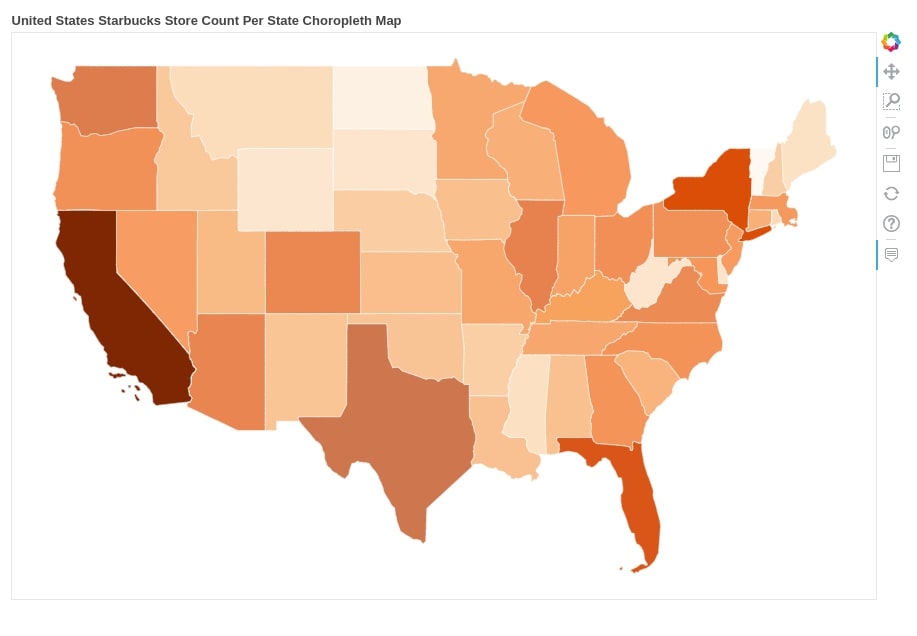 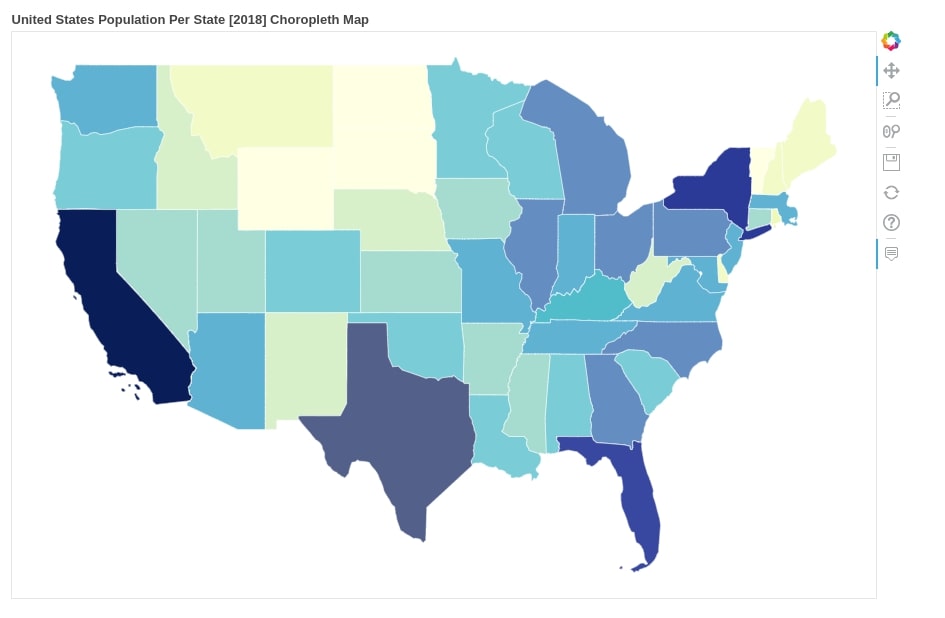 This ends our small tutorial on creating a scatter map, connection map, and choropleth map using bokeh. Please feel free to let us know your views in the comments section.