Jupyter notebook has been a preferred choice for data analysis by data scientists for a long time. It lets us present whole data analysis from data cleaning, interactive visualization, widgets and notes using markdown. Jupyter notebook can be used to prepare end to end report for explaining whole data analysis along with results. It's quite common that data is kept in excel or CSV files and it can be really helpful if we can present excel-like UI in jupyter notebook. Python has a library called ipysheet which can be used to represent an excel sheet in jupyter notebook as a widget. It supports the manipulation of a cell as well as calculations. It also lets us modify the look of cells and include ipywidgets. We'll try to explain the usage of ipywidgets by giving a few examples below. As ipysheet is also another widget, it can be easily linked with other widgets and visualization libraries as well. We suggest that you go through our tutorial on ipywidgets to learn about it which will help you with this tutorial.

We'll start with simple sheet widget creation and then keep on building on it to explain further functionalities and options available in the library.

We are creating a simple sheet object which creates a sheet widget of 5 rows and 5 columns. Sheet widget created is interactive which lets us change the value of the cell as well. We can also call cell() method passing row, column and value for that cell and it'll reflect in that cell.

Please make a note that we can change value of cells which we have declared using cell object. We won't be able to change other cells of sheet widget using interactivity.

We can access all cell which has values by calling cells attribute of sheet object. We can even set this attribute passing list of cell objects and it'll override existing cells.

We can even create functions that will be evaluated each time the value of a cell is changed and updates a cell to which function is linked. We can almost implement the same functionality as that of the excel sheet.

Below we have created a simple multiplication function based on three cells which sum up the first two cells and then rise to the power of the third cell.

Another example below explains the calculation. We have also used sliders to change the value of cells so that we can test different values. We have used ipywidgets library to create sliders.

3. Sheet from Dataframe/Numpy and vice-versa ¶

We can also integrate other ipywidgets widgets into ipysheet cells. We'll explain it with a simple example where we include sliders into sheet cells.

We can also link sheets to plots. We have given below example of using the bqplot library which is also based on widgets where individual components of graphs are widgets hence linking becomes easy. 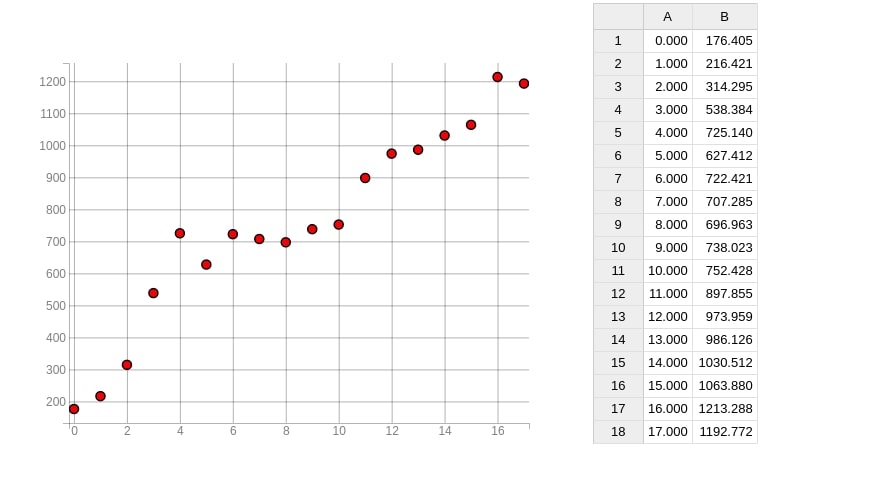 This ends our small tutorial on ipysheet (sheet widget library). Please feel free to let us know your views.