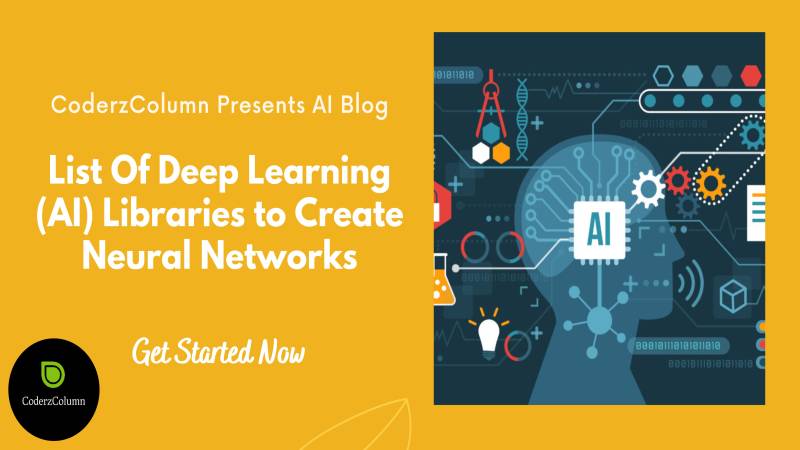 Machine Learning and Artificial Intelligence are the most trending aspects of the modern world. (Well, we are not forgetting blockchain technology. But we will talk about it later on). In today’s digital world, people have a lot to learn and gain knowledge about. In the current scenario, you have the opportunity to learn Artificial Intelligence, Machine Learning, Blockchain Technology, and more. In this field, every day you can come up with new technological changes that help in learning essential things. Besides, there are more and more organizations moving towards the implementation of machine learning and artificial intelligence. These two are crucial factors that help in enhancing the functioning of the businesses and help them stay ahead of the competition.

The fast growth of machine learning and AI has encouraged a wide range of organizations to provide smart and advanced solutions with predictive personalizations to their customers. However, not all organizations can implement machine learning and AI for their processes due to various reasons. You need experts with extensive experience and hands-on skills to implement the ML and AI applications or functionalities. Besides this, you can take the help of the deep learning framework services. The deep learning services include interfaces, libraries, or tools. These tools and libraries are open-source and help people with little to no knowledge of machine learning and AI to easily integrate. Deep learning frameworks can help you upload data and train a deep learning model that would lead to accurate and intuitive predictive analysis.

We bring you the Best AI Libraries that you can use to design the Neural Network.

Torch was the basic deep learning library that was specifically designed to be applicable to the Lua programming language. Facebook understood the significance of the library and reformed it to be used for neural networks. Therefore, it became popular for the leading Python AI library, PyTorch. The Py was added as a prefix by Facebook to represent Python. 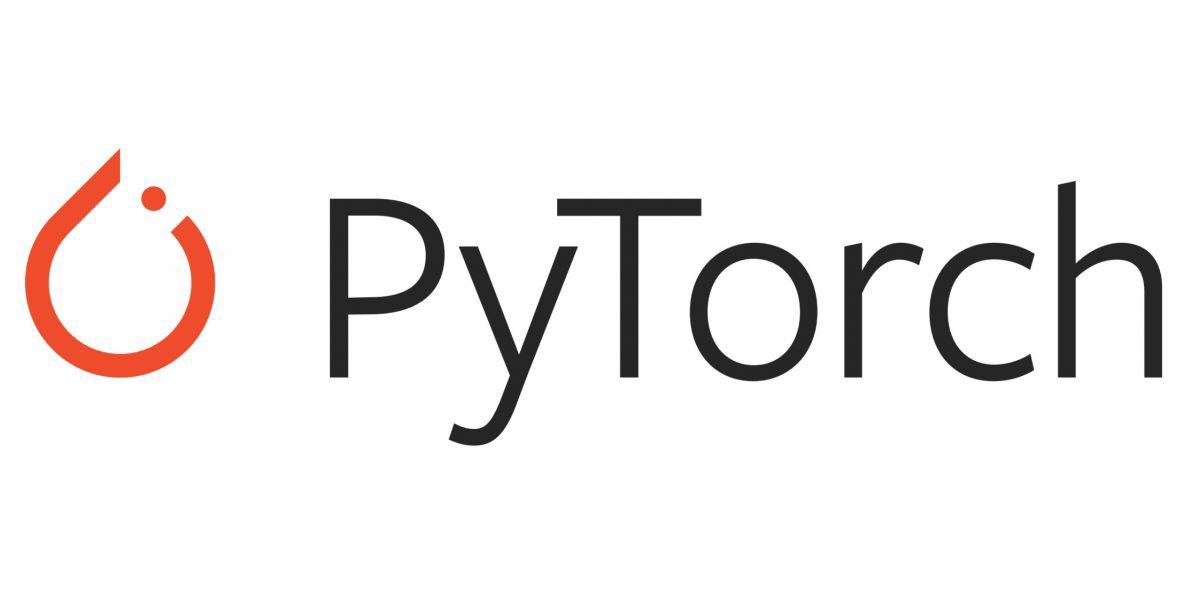 The developers who stay updated with the latest happenings in the AI & ML world, know that PyTorch isn’t as popular as TensorFlow. But Pytorch has the upper hand over the latter while executing Dynamic Graphs. You can find the application of Pytorch while researching and working with low-level APIs. It offers the ability to model components on the fly. The ML library allows doing so.

If you compare Pytorch with other AI libraries, you will find that it has a tender learning curve. Therefore, the experts consider it an ideal option or library for machine learning and data science beginners. Further, the Pytorch library offers a wide range of tools for computer vision, machine learning, and NLP.

What Are The Best Features Of Pytorch?¶

TensorFlow is considered the best Artificial Intelligence library that is applicable to accomplish deep learning (designing neural networks). It is a Google-based ML library that offers the instant option to get started with deep learning product implementations. It is applicable in large-scale product-based firms. Tensorflow offers excellent model prototyping, production, and everything in between. 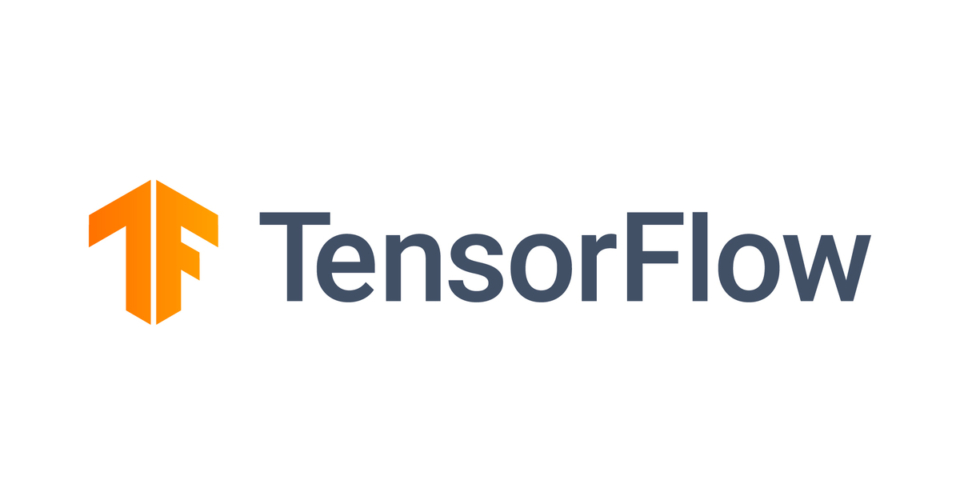 TensorFlow is an Artificial Intelligence library that exhibits a web-based visualization tool - Tensorboard. This tool is helpful to the developers as it allows them to visualize and analyze model parameters, gradients, and performance. You can come across varied Deep Learning libraries that offer frameworks like TensorFlow Lite and TensorFlow Serving to deploy ML models readily.

In spite of offering the best features for deep learning, many developers or researchers criticize the library for the lousy implementation of graphs. Why has this become a major backdrop for TensorFlow? This is because the library demands compiling the graph first. In future rollouts, you will find better visualization features.

What Are The Best Features Of TensorFlow?¶

Besides supporting standard neural nets, the Keras library is applicable for supporting convolutional and recurrent neural networks. Moreover, this ML library also packs a plethora of features for working with images and text. 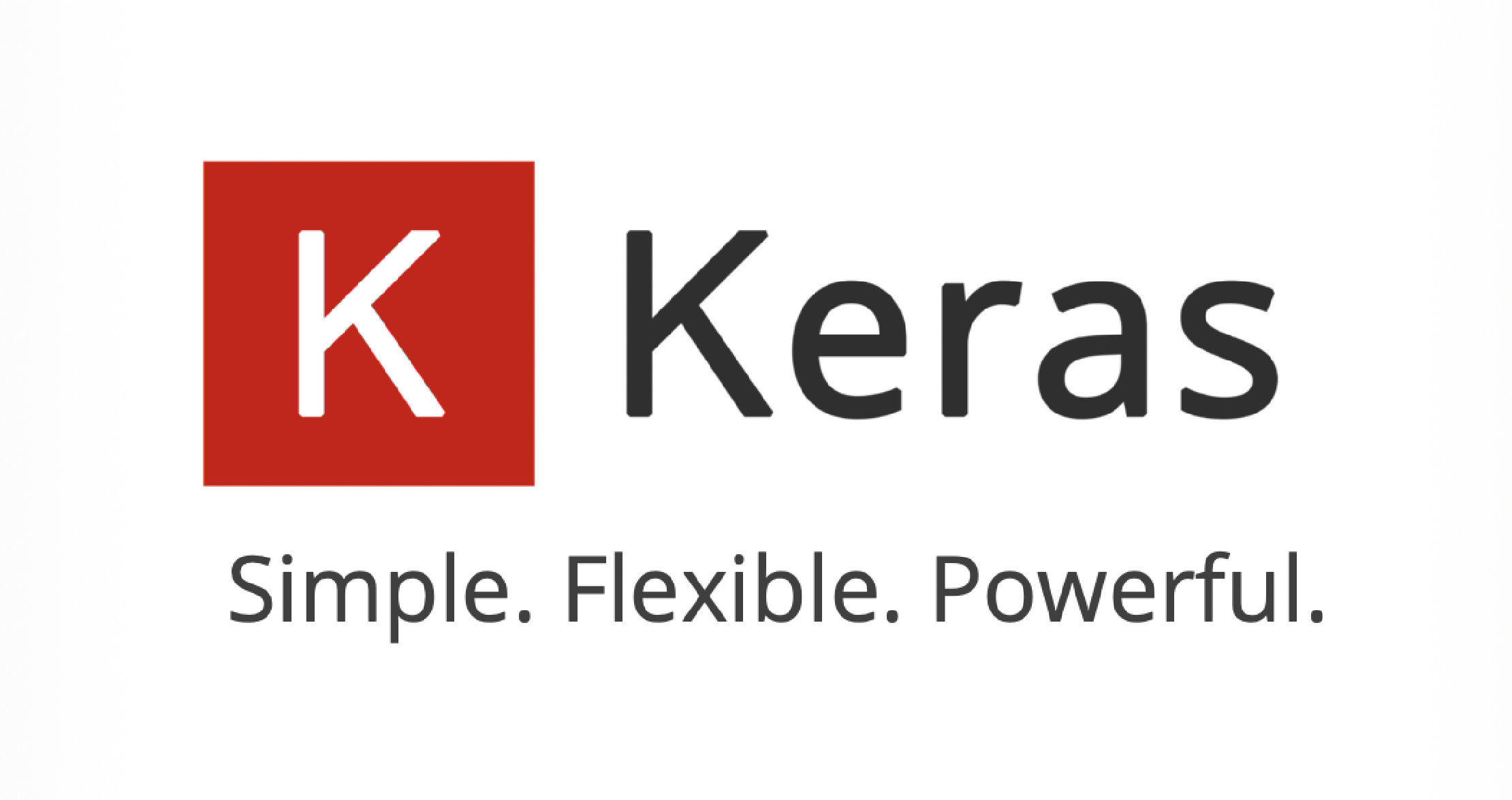 What Are The Best Features Of Keras?¶

Sonnet refers to a high-level library that is specifically designed for building complex neural network structures in TensorFlow. You can easily guess it as a part of the Deep Learning framework is built on top of TensorFlow. Sonnet library focuses on developing and creating the primary Python objects corresponding to a specific part of a neural network.

After creation, you can independently connect the parts of a neural network to the computational TensorFlow graph. This process of independently creating Python objects and linking them to a graph helps to simplify the design of high-level architectures.

What Are The Best Features Of Sonnet?¶

Sonnet is known for offering powerful programming models built around a single concept – “snt.Module.” The snt.modules are usually self-contained and decoupled from one another.

Sonnet is a library that essentially collaborates with multiple predefined modules like snt. Linear, snt.Conv2D, snt.BatchNorm. You can collaborate or integrate Sonnet with various predefined networks of modules such as snt.nets.MLP. As a user, you can build your own modules.

What Are The Advantages Of Using Sonnet?¶

Apart from TensorFlow, Pytorch, Sonnet, and Keras, MXNet is yet another powerful library that is designed to train and deploy deep neural networks. It is an open-source Deep Learning framework and is used by millions of developers. The best aspect of MXnet is that it is scalable, it promotes fast model training for the working of neural networks. Besides providing a hassle-free and flexible programming model, MXNet is known for offering support to various programming languages, including C++, Python, Julia, Matlab, JavaScript, Go, R, Scala, Perl, and Wolfram. 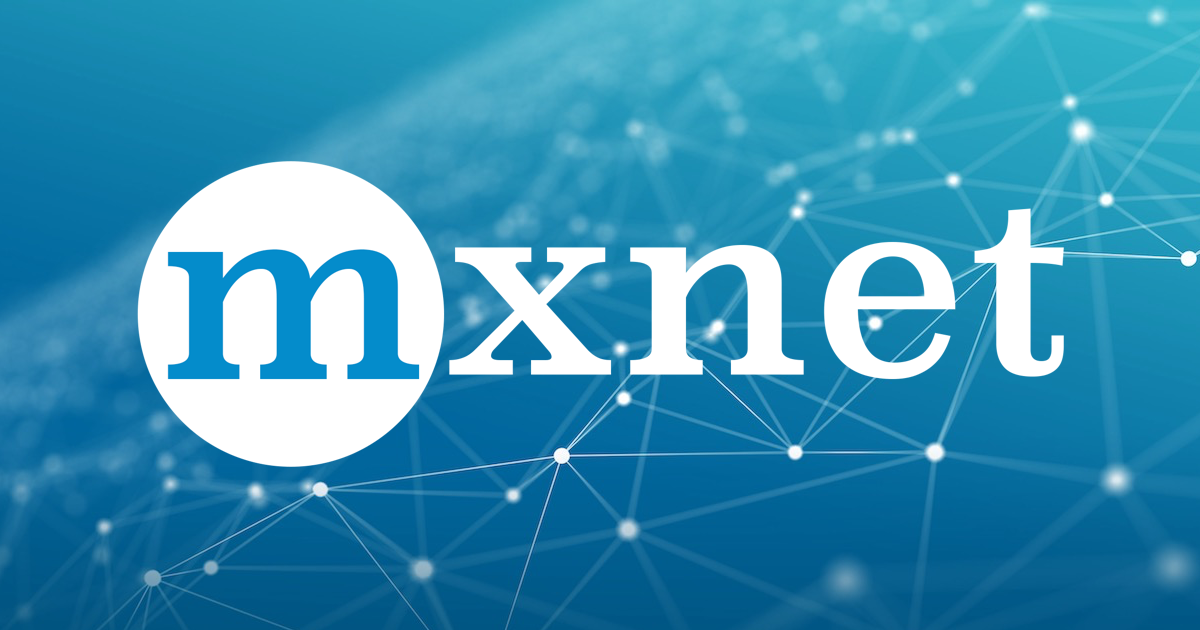 What Are The Best Features Of MXnet?¶

MXNet is portable and you can easily scale it to run on multiple GPUs as well as various machines. Some features expert developers love about MXnet is that is a lean, flexible, and scalable Deep Learning framework. MXnet gets support for state-of-the-art Deep Learning models such as convolutional neural networks (CNNs) and long short-term memory networks (LSTMs).

What Are The Advantages Of Using MXNet?¶

MXnet is known for supporting multiple GPUs along with fast context switching and optimized computation. You will get the support of imperative and symbolic programming. It will allow the developers to choose the best or most desired programming approach to building deep learning models.

JAX is referred to as a new Google deep learning library that is available on the block of machine learning frameworks.

Over the last two years, you can observe the tremendous growth in the Deep learning functions and research due to JAX. JAX has been a great support to facilitate the implementation of Google's Vision Transformer (ViT) and powering research at DeepMind. 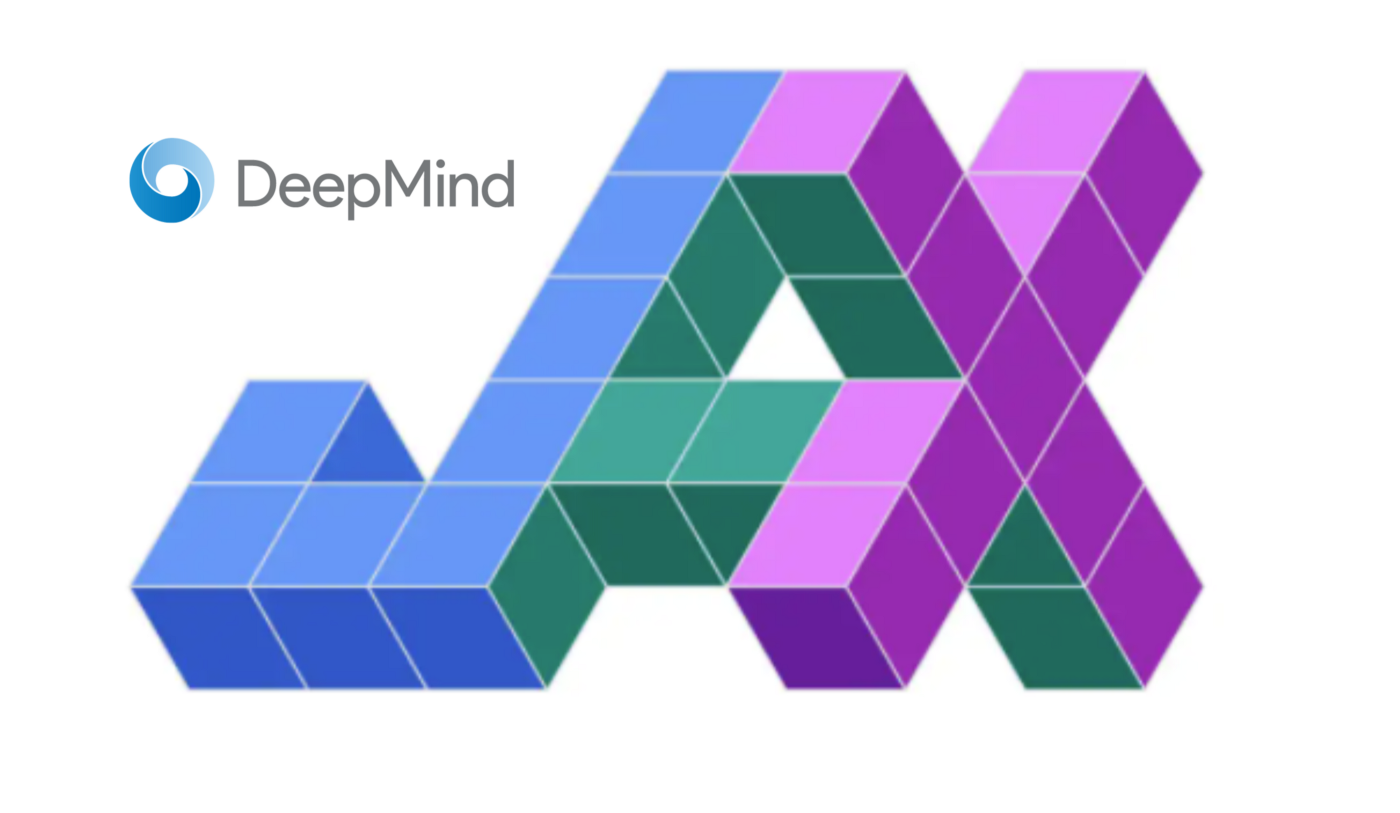 What Are The Best Features Of JAX?¶

Due to these amazing features of JAX, it is quite popular among machine learning practitioners. JAX is known for offering four main function transformations that make it efficient to use when executing deep learning workloads.

PyTorch Lightning refers to an open-source Python library that is applicable in a wide range of machine learning and artificial intelligence functionalities. PyTorch offers the best and a high-level interface for PyTorch, a popular Deep Learning framework. 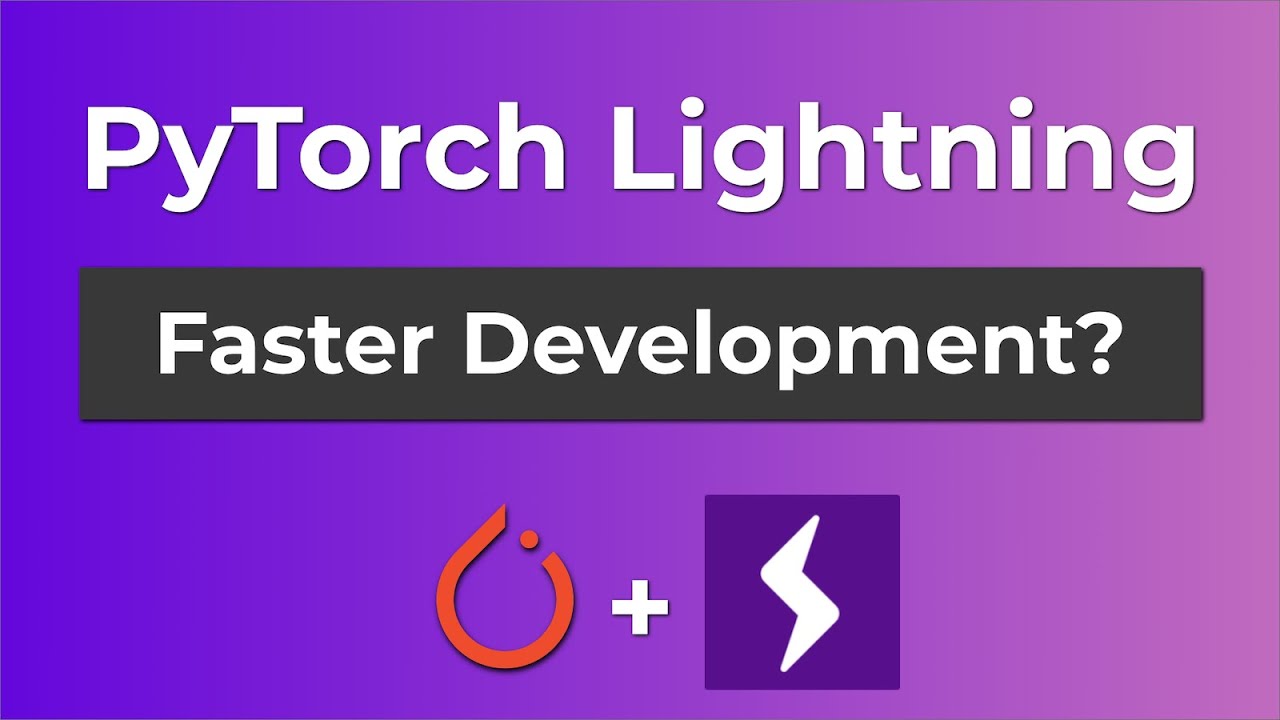 What Are The Best Features Of PyTorch Lightning?¶

Check Out The Flax Repository: https://github.com/google/flax¶

FLAX is an acronym for - Flexible Language Acquisition. The main aim of using Flax is to automate the production and delivery of a wide range of interactive digital language collections. 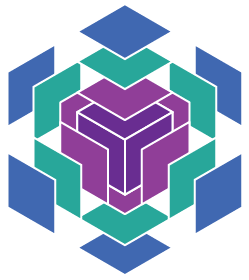 Flax basically refers to the neural network library and ecosystem for JAX. But it offers better flexibility than you will find with JAX. Flax is applicable to the growing community of researchers and engineers at Google who happily use Flax for their daily research.

What Are The Best Aspect Of FLAX?¶

Scikeras is built on Keras and so it will be inheriting most or some of the properties exhibited by Keras. Expert developers use scikeras to enhance the functioning of Keras/TensorFlow with sklearn. The application of TensorFlow/Keras is possible with the help of a wrapper around Keras along with the Scikit-Learn interface. SciKeras is the successor to tf.Keras.wrappers.scikit_learn, and offers many improvements over the TensorFlow version of the wrappers.

SciKeras is specifically designed to make all the operations convenient to the users and stay out of your way. If you are familiar with Scikit-Learn and Keras, you don’t have to learn any new concepts, and the syntax should be well known.

The aim of SciKeras is to be flexible as Keras while having a clean interface as Scikit-Learn.

Skorch refers to one of the useful and significant libraries in Pytorch. It helps in the functioning of machine learning models, especially neural networks. It is especially true for a robust library as it can work with the combination of PyTorch and Scikit-learn. Earlier, the developers used to find the application of scikit-learn library but it was only limited to the classical machine learning models. With the introduction of Skorch, you can work on developing the neural networks as Skorch is a compatible library.

The goal of introducing Skorch was to make it possible to use PyTorch with sklearn. Now you can use the wrapper around PyTorch that has a sklearn interface. It is possible only with the help of Skorch.

Skorch has not re-invented the wheel. Instead, it is just getting as much out of your way as possible. Most of the developers and experts are familiar with the usage and functioning of sklearn and PyTorch. Therefore, you do not have to learn any new concepts and the syntax for it. (If you’re not familiar with those libraries, it is worth getting familiarized.)

Skorch is helpful to make the boilerplate code obsolete. Besides, it has the ability to abstract the training loop. A simple net.fit(X, y) is enough. Skorch offers a wide range of features that make it possible to work with different types of data. The data can be based on PyTorch Tensors, NumPy arrays, Python dicts, or any other.

However, if you have other data, extending Skorch is easy to allow for that. In simple terms, Skorch aims at being as flexible as PyTorch while having a clean interface as sklearn.

Check Out The Haiku Repository: https://github.com/deepmind/dm-haiku¶

Haiku refers to the library that is built on top of JAX. It is specifically designed and applicable for offering simple, composable abstractions for machine learning research. Haiku is developed by some of the experts of Sonnet — a neural network library for TensorFlow.

Haiku is a library that has the ability to offer AI researchers to fully access JAX’s function transformations. It is possible with the implementation of object-oriented programming models. To enable object-oriented programming, you need two core tools — "hk.Module" and "hk.transform". The Haiku library is known for designing and managing NN model parameters and other model states.

What Are The Best Aspect of Haiku?¶

CoderzColumn bring you the best and most informative articles on AI, ML, Digital Marketing, Android, Data Science, Blockchain and more. Keep yourself uppdated with this amazign blog and keep learning about Artificial Intelligence Libraries applicable for designign Neural Network.

About: Dolly S. Solanki, a Digital Marketer by profession has in-depth knowledge in SEO, SMM, Content Marketing, Local SEO and Mobile SEO. Dolly has extensive experience in handling domestic as well as on-site clients meticulously and managing their websites. Moreover, at CoderzColumn, all your digital marketing queries would be resolved with the shortest time span. If you want to improve the ranking of your website through organic ways, Dolly is here to help you.

Please feel free to let us know in the comments section below (Guest Comments are allowed). We appreciate and value your feedbacks. If you like our work please give a thumbs-up to our article in the comments section below. You can also support us with a small contribution by clicking on Support Us link in the footer section.
Published On : May 01,2022 Time Investment : ~25 mins