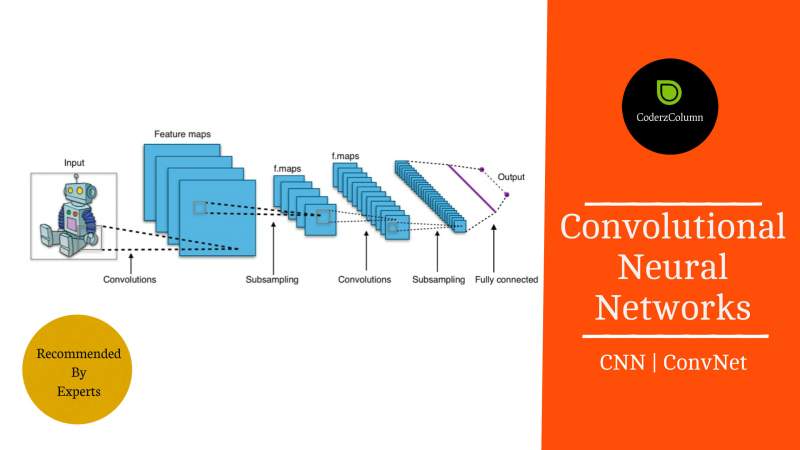 From a computer science point of view convolution operation refers to the application of one small array(commonly refers to as a filter) on another big array in some way to produce third output array. We multiply filter array with part(same size as filter array) of the original big array starting from the top and then sum up all values of resulting array to produce first value of the final array. We then keep on moving by one step to the next value of the big array and repeat the same process until the whole big array is processed from left to right. Please make a note that the convolution operation decreases the size of the original array based on filter size. We'll try to explain the whole process with a few examples below to clear understanding further.

Let's define a simple filter array of size 3 with all elements as 1/3.

Above filter_arr started multiplying original_arr from starting by moving one step at a time. It then sums up multiplication results to generate the first element of the result. It then repeats the same process till the end of an array is reached.

Note Please make a note that default mode of application with np.convolve is full which appends 0s on both start and end so that all elements of array are processed. There are other modes as well like same which returns resulting array as the same length of original array by adding 0s at end of an original array during convolution operation. We have used mode valid which does not perform any kind of padding of 0s.

We can also use ndimage module of scipy to compute convolution which has some more mode available for testing purpose.

As we can see above the original filter seems to smooth edge which separates black from white. Filters can perform many things like the above one. As a part of the convolutional neural network, the model learns this filter by training on data to learn intricate patterns.

Please make a note that np.convolve can only work on 1D array. For 2 or more dimensions, we need to use scipy.ndimage convolve function.

Color images are maintained as a three-dimensional array (width x height x channels). Hence CNN neurons of convolution layers are also arranged in a way that applies a list of filters on these 3-dimensional images.

Below are described common layers of CNN:

The below image displays how image is transformed when it passes through various layers of CNN.

We can see from the above image that convolution layers followed by pooling layers create a simple representation of an original image to classify it. All deep learning libraries like Keras, Pytorch, Tensorflow, etc provides layers ready-made for convolution and pooling operations. Keras provides a very easy API to design CNNs.Keras, Pytorch, Tensorflow also provide a few famous CNN architecture along with their weights which can be used for transfer learning for other almost same tasks.

Below we have listed some famous CNN architectures. Libraries like Keras, Pytorch, Tensorflow, etc provide these architectures as well as their trained weights which can be used for other image classification tasks.

The below articles were referred to while creating this article and images were taken from below materials for explanation purpose. Readers can further go through the below articles to enhance their knowledge to the next level.