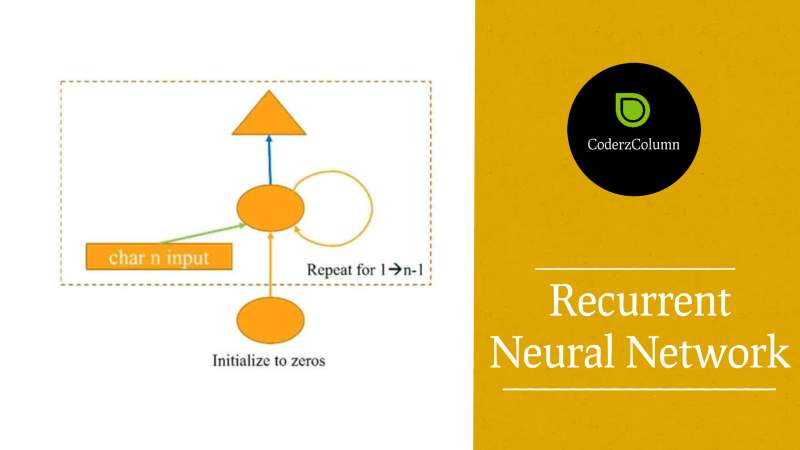 Recurrent Neural Network is a kind of artificial neural network which are ideal for solving problem which involves temporal data or data with context. By temporal/contextual data, we mean that predicting the current value of some target variable has a dependency on the value of few or all previous target variables. We can consider time series data where we need to predict the stock price based on prices from previous days or language processing where we need to predict the next word in sequence based on previous words as temporal/contextual data. When we are faced with a problem that involves working with this kind of data, then we need models that provide some memory to store information about context/temporal information. RNN's architecture provides us with that kind of setup. RNNs are also ideal for a situation where input is a variable-length sequence like language processing. RNN models work well when traditional CNN and feed-forward neural networks fail at accurately solving problems involving temporal/contextual data. We'll be explaining below in-depth about how RNN works as well as basic information about its variants along with few applications where RNN excels.

We'll take a simple example of the next character prediction to form a sentence based on previous characters. Let's say for example you have 2 characters of a sentence and you want to predict 3rd character in the sequence. We can design a simple feed-forward network that can do it as shown in the below image. 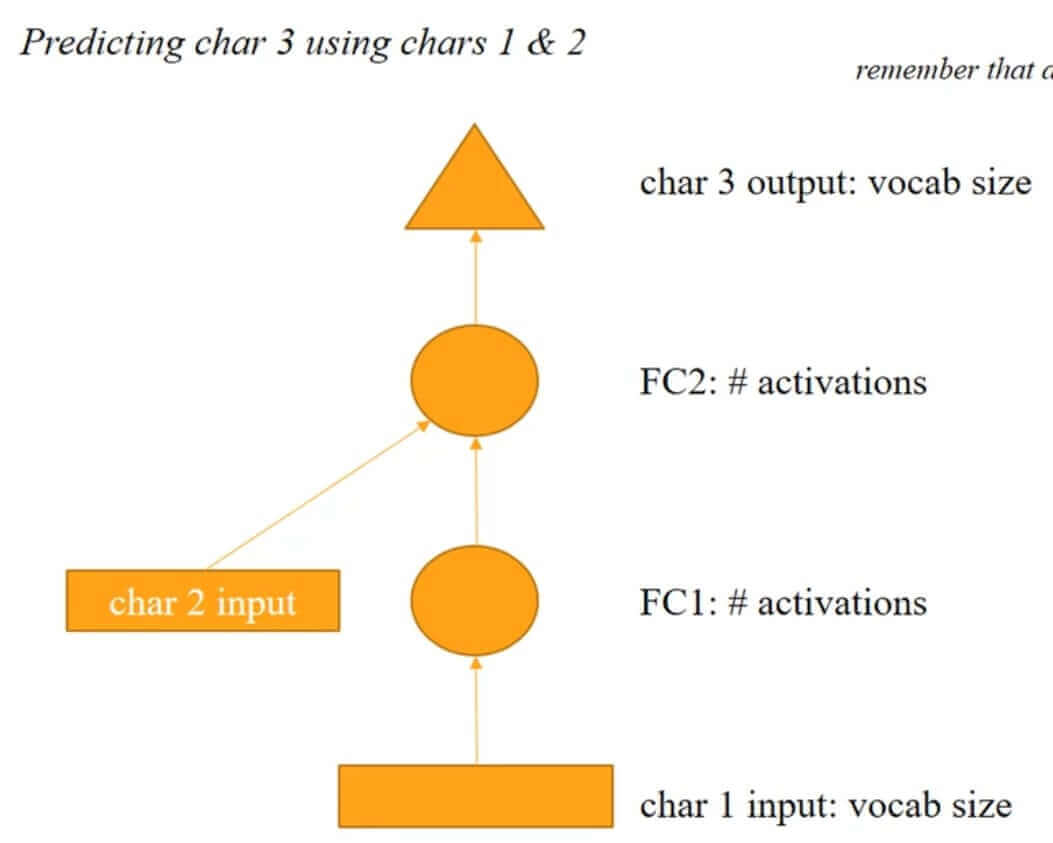 We can extend the above architecture as depicted in the image below. 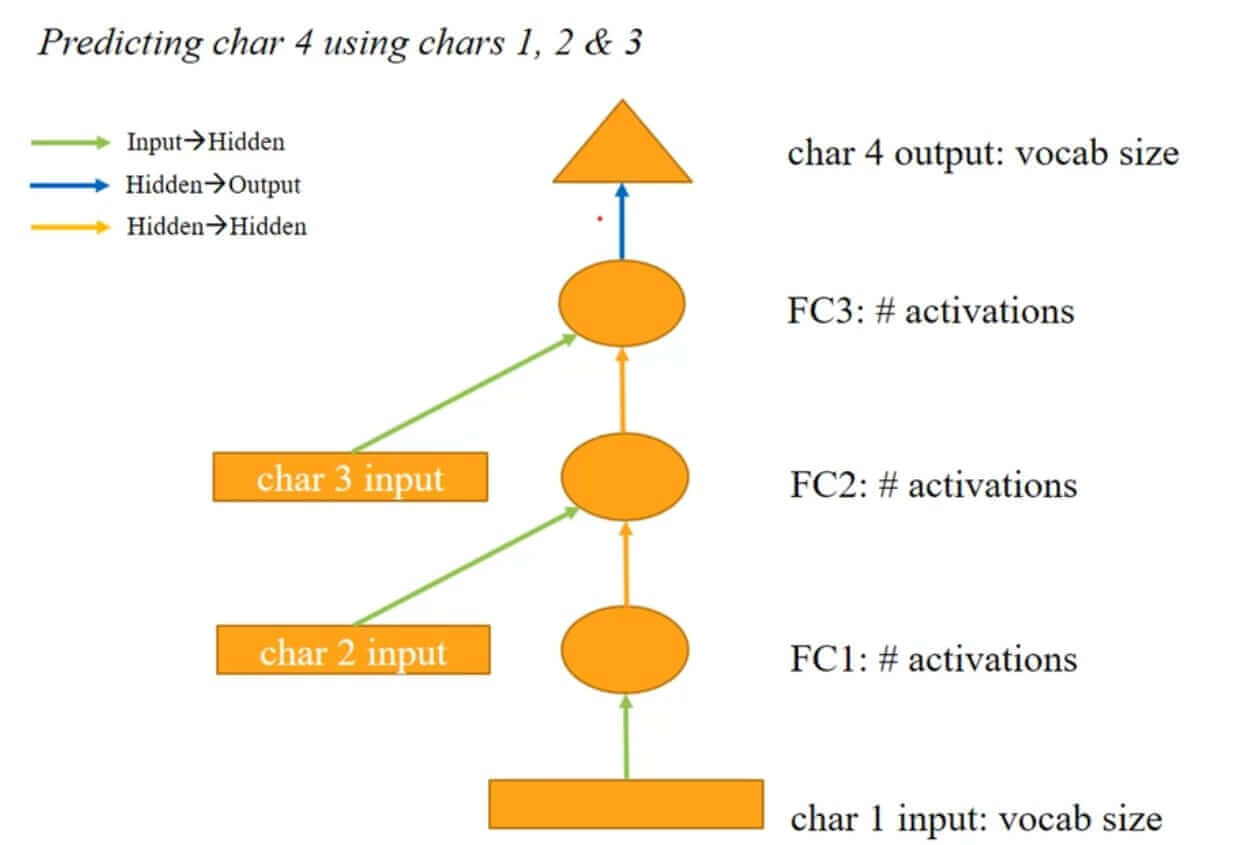 We can notice from the above image that it has almost the same architecture as that of 2 characters network but with one more layer for memorizing information about the third character. We can use this network to predict the 4th character based on the previous 3 characters. This network also has the same limitation as that of the previous network. We can not extend it hence this proves the point that our traditional feedforward networks are not ideal for handling variable-length sequences of input which is quite common in natural language processing.

To solve this problem and maintaining information about context/temporal (memory) RNNs are designed. We have depicted below simple RNN architecture which can replace both previous models. 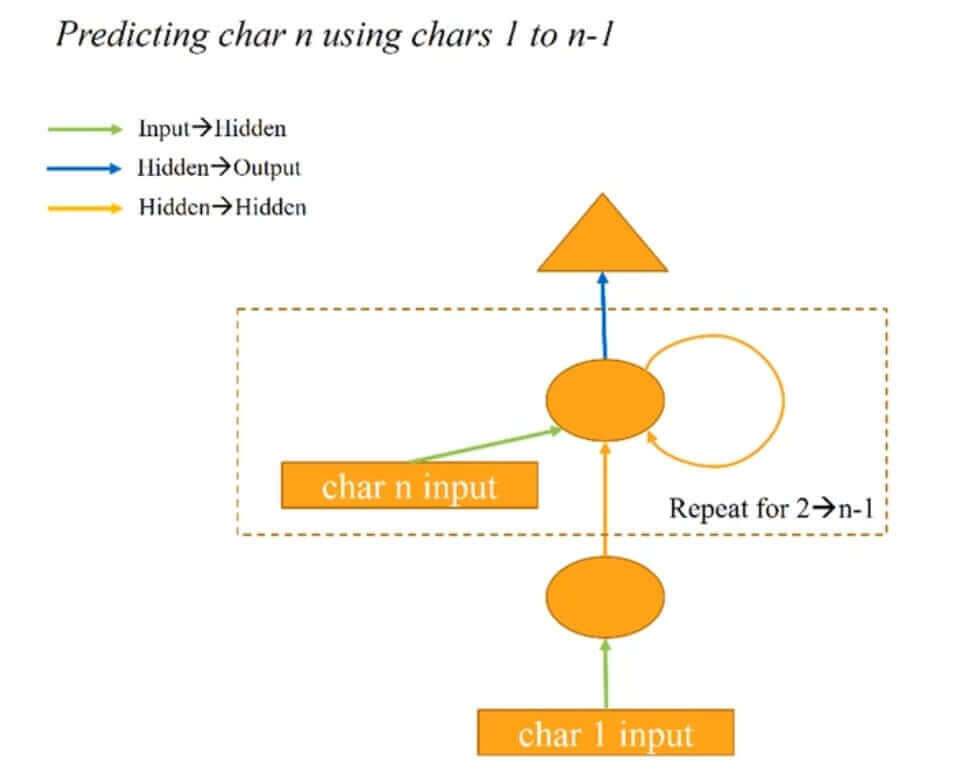 We can see from the above architecture that there is a ring arrow that points to the same layer for the 2nd hidden layer. RNN has typically only one hidden layer which maintains information about the context and only it's weights are updated during the training process rather than maintaining different weights for many possible hidden layers. Due to this architecture, RNN has a number of parameters quite less compared to any CNN or feed-forward network. We can further extend the above architecture and remove the first hidden layer by initializing first input with zeros instead of giving the first character there. The below image depicts the architecture of RNN. 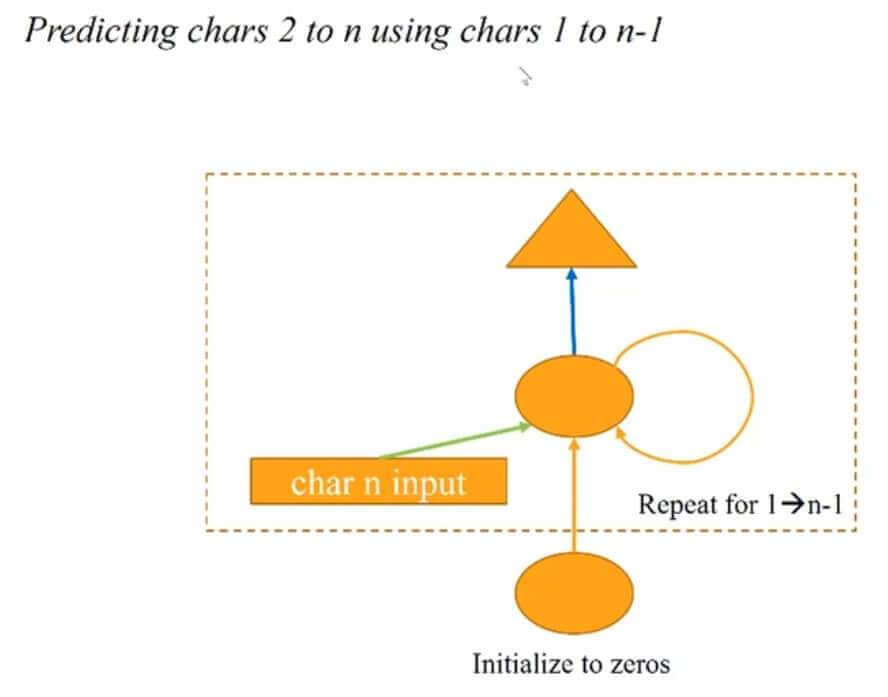 One can implement above architecture using simple dense/linear layers available in libraries like Keras/Pytroch/Tensorflow but these libraries also provide a ready layer for RNNs which can be used for the purpose.

When updating weights for the RNN layer, the backpropagation algorithm used in the feed-forward network will not work and one needs to use another variant of it called backpropogation through time. It unfolds the RNN layer through time to find out gradients. RNN architectures commonly use tanh, relu and sigmoid as activation functions.

Training RNNs is a very difficult task as one needs to perform various trial and error to come to decision about model effectiveness. RNNs also suffer from exploding and vanishing gradient problems. The gradient clipping technique is commonly used to keep limits on gradients to prevent it from exploding. Simple RNNs can not hold information from a very long time ago (Ex: Predictions are based on the last few observations and not all last observations). There are different variants of RNN which do not suffer from all limitations of simple RNNs. We'll now give a short overview of a few variants of RNNs.

Below we'll be giving a short overview of some of the famous RNN variants. We'll be covering each one in-depth in future blogs.

Simple RNN consists of a single hidden RNN layer that maintains the memory part of the model followed by a feed-forward dense layer. Stacked RNN consist of multiple RNN layers stacked together with each having its memory unit. The output sequence of one RNN layer is given as input to another RNN layer as part of this architecture. A deeper network is better at memorizing context/temporal data than architecture with one RNN layer.

Bidirectional RNN consist of putting two RNN together with inputting sequence in normal time order for one RNN and reverse time order for another RNN.This kind of structure allows a neural network to have forward and backward information about sequence at the same time. It kind of uses the future and past to predict the current label. Two RNN works in reverse direction and later their output is combined.

LSTM is a kind of neural network architecture that tries to solve a problem with training normal RNN like exploding/vanishing gradients. It can also take more observations into consideration for predicting the target variables than simple RNNs. There are various architectures of LSTM but quite common is one containing cell(memory of LSTM) and three gates(input gate, output gate and forget gate) which helps with maintaining memory part. The logistic sigmoid function is commonly used as activation function of LSTM. LSTMs can also be stacked together to create stacked LSTM which will perform quite better than a network with one LSTM layer.

Gated Recurring Unit is a kind of recurrent neural network which has the almost the same architecture as LSTM with forget gate but has fewer parameters than LSTM because of an absence of output gate.LSTM generally outperforms GRU on large datasets.

This blog is inspired from below mentioned sources:

Please feel free to let us know in the comments section below (Guest Comments are allowed). We appreciate and value your feedbacks. If you like our work please give a thumbs-up to our article in the comments section below. You can also support us with a small contribution by clicking on Support Us link in the footer section.
Published On : Jan 15,2020 Time Investment : ~15 mins